Cedar Cross Prep and a trip to Mt. Sterling via gravel (Base WK 8)

Good solid week again as week 8 comes to a close. It's more base work but also more Cedar Cross prep. Can't get this race out of my head. I love it when this happens, you get a seed planted in your belly to do an event or reach a goal. It's motivating and helps focus my goals.


At the end of the week training load reach 72.4 (CTL). That is actually 5 points higher then last year at this time. I've not done the 3 week on, 1 week off approach, more of a rest when needed. The result a steady rise in fitness. The down side is fatigue is higher and form is very negative. Not a good combination if you want to hammer on Thursday night and expect to crest the hills first. But that is not the goal right now.  However I do need to rest up this week for Hillsboro road race. 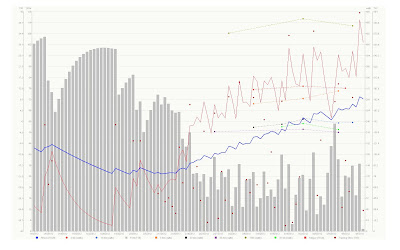 With Easter this weekend it opened up Saturday for a long ride. I put out here early in the week on the inter web and social media sites that I would be doing a 88 mile gravel ride. All were welcome to join in the joy that is Hermann gravel. 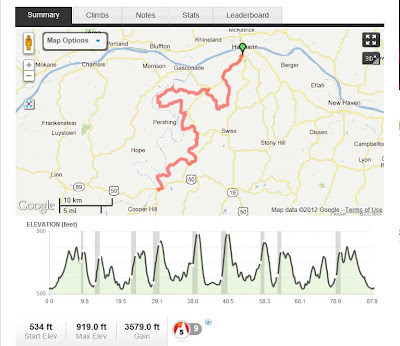 Feast your eyes on this bad boyabove. Hands down the hardest and hilliest ride that the Hermann area has to offer. Look at the profile and gradient gain, 3579 feet! It was up or down and sometimes there were a few that had to walk up the hills.

Most of this gravel I've done, but some was new to me and a trip to Mt. Sterling and back was also new. I did a quick search for a place to eat in Mt. Sterling and found that they had a good reputation for a killer sandwich at their general store. Perfect match; hungry riders on a long gravel ride and a good sandwich. So Mt. Sterling was the turnaround point. 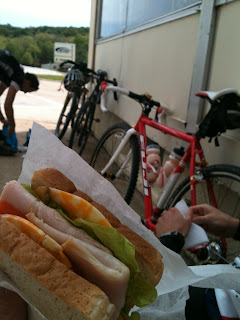 It did not disappoint, look at that stacked piece of heaven :) 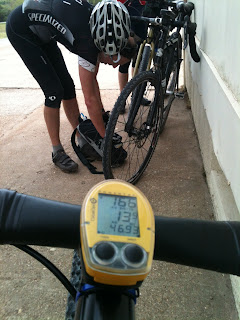 I was looking to stay closer to 160 watts but the hills would not allow it.
After 3 hours and 15 min of ride time we started our way back to Hermann. Pete Goode and John Johanson were my riding partners for this ride. We did start with six but soon pace ability spit the six into two groups. Unfortunately the 2nd group had to call it a day at Mt. Sterling. One rider was fatigued and another broke a crank arm. 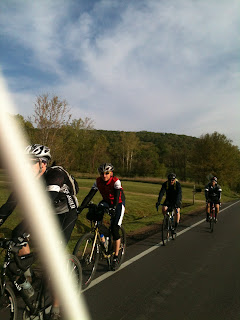 On the way back the three of us broke up fast. I had the advantage on the hills over Pete on his SS and John on MTB 29'r rig. I pulled away on the first few hills ready to set and continue a good solid with no waiting at corners or intersections and pumped that this would be a 6 plus hour day.

I was not even going to stop for the meat shoot 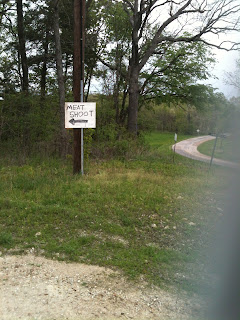 
At miles 65 things went wrong with my derailur, it just fell off and that was it. My ride was over and that 6 hour plus ride was not to be. 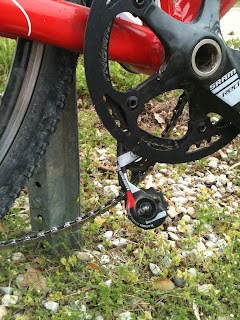 I know I could have made it a SS with the right tools but that did not come to mind until after I called for a pick up.

Pete and John made back to Hermann A-OK with over 90 miles to brag about when they returned to their homes.

Now Sunday it's time rest and enjoy the Easter. Dawndi and I did a nice ride on the Katy Trail. And I got her out on some gravel :) 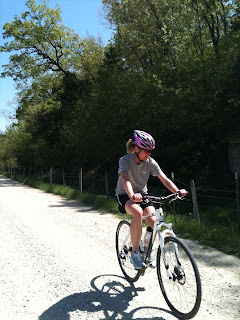 And the dogs were worn out after a trip to the local tennis court for a round of throw and catch, 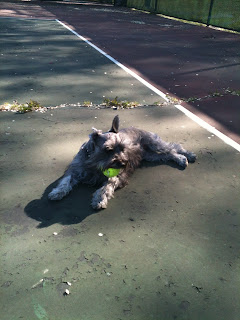