The weather this year is just awesome, a bit dry yes, but the temps are just right. Some may say a bit warm and some may say they are looking for mud, but I'm sure we will get some of that before the end of the season.

Speaking of the end of the season, we are now on the back side. Sunday was the 6th Bubba CX in a 10 race series, then State Champs on 12/4 followed by Washington CX 12/12. Things get extended another week with CXMAS then it's time to hang up the bike and enjoy the Holidays and off season. And of course the countdown to the start of 2011 CX season will start again :)


For now there are 7 events left to look forward to.

Bubba #6 was more of a MTB race course than a CX course. First impression was OK, but as always you have to race the course before you make a final judgment. In the end it was fun and unique; many raved about it and called it the best course of the season. Me, I like courses like we had last week, a more traditional course, but I had a ton of fun and thank all the guys and gals who build and take down these things each week, it's hard work.

Good turn out, 25 riders, lined up for the A race. Things got started with a up hill start into a single track section, opened up into an open grassy area with barriers and a log jump, then back to single track before a long hip hill paved section back to the start finish line.

After 1 lap things got strung out Sam was off the front by 5 seconds or so with Dan and I chasing. Dan and I did catch and eventually were alone off the front with several chasing not far behind including Josh and Devin. 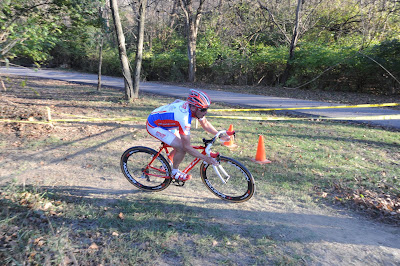 I was feeling great for the first two laps but that hill was a Red Zone section big time. It put you in the hurt locker fast. Dan has a monster engine and this hill played right into his strength. I wanted to trade pulls with him and grow the gap we had but I just could not do it. I fell off Dan to be swept up by Josh and the crew he pulled up with him.

Soon the lead group was Dan, Josh, Devin and I. I was still feeling good and the pace started to settle in but I found myself loosing time in the single track section. Too much time on the brakes. I got gapped and slowly lost contact. 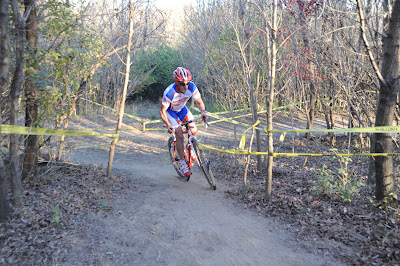 Now in 4th place and not chance to catch back on to the lead group it was time to sustain a steady effort, stay focused and hold my spot. You never know what will happen in front of you. Mark, Scott O, and Brett were keeping the pressure on from behind keeping me honest and effort high. I did manage to hold them off and keep the 4th place finish for the day.

The cheering section on the hill before the finish and in the single track was awesome, thanks for all the encouragement and shout outs! 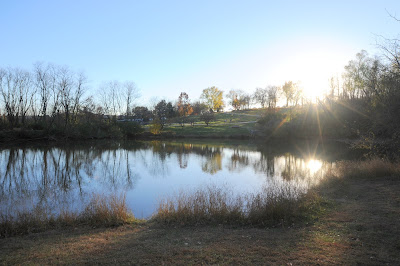 All photos by Mike

The day ended well, gave it all I had and can't thing of a thing I could have done to improve my placing. That to me is what makes a good race. Next up Sat and Sun day races, Bubba #7 and #8.

Did move up one spot to 4th in the Bubba Cup Standing. It's a tight race. Josh hold the lead but Dan is charging and the top 10 are close enough together that anything can happen to stay in the money.