28 Elite riders lined up for a windy, cool fast day at Boss Cross #1.

I was about 10th wheel after clearing the botched up off camber first turn thing where several riders had to unclip before we could clear out the bottle neck, including me.

Game plan for today was not to go HARD at the start, but to start strong then ramp my way up.

Winkler, Jensen, Schottler, Price, Coe, Stolte, Marshall, Tilford and some others formed the lead group. I found my self in about 10th place after the first lap. Josh, working his way up, passed me, I attached to his wheel for a ride into the groups that were not that far ahead but washed out in a corner and lost it. Dang it, I think I could have held there for awhile too.

The wash out allowed Dan Miller to close a gap I had on him, we are now a two man group. But soon after he washed out and I got the gap back.

I now sit in alone between Bill Marshall ahead about 10-15 seconds and Dan Miller, Ethan Froese and Nicholas Coil a chase group behind me about 15-20 seconds. At one point Andrew Coe, who must have had a mechanical, was part of the chase group, and they looked like they were going to close it up with 3 to go. Andrew came by, I grabbed his wheel and off we went. He was moving fast, the surge opened things from behind again and we started to close the gap on Bill.

Not being able to match the speed of Andrew he motored his way up the field and I was back to chasing Bill and keeping the chase group behind.

I started to close the gap on Bill on the last lap, he unfortunately washed out allowing me to catch and pass. I kept on the gas for the rest of the last lap to the finish 8th.

Awesome race from start to finish.

It can't go without mention the effort Winkler displayed today. He had a mechanical issue early on putting him back about a min from the lead group. Jeff got it fixed and worked his way up to eventually win. When he came by me I tried to match his speed but that guy was pushing a gear I could not match. Awesome job Jeff.

Sunday we do it again. 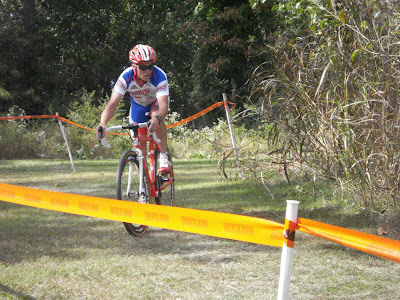 End of the race. 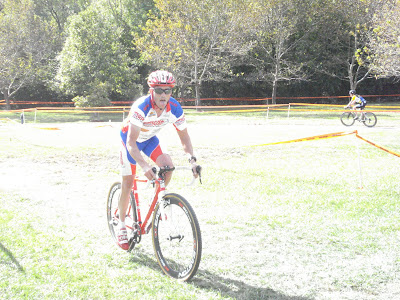