Another fast and furious course in the opposite direction today.


Good field again showed up with many of the same players from the day before. Did not get that great of a start as I was 15th or worse coming into the first turn. I need to get a little more aggressive so I can get closer to the first or second group into the first lap. I'm trying to balance not going off too hard so I have plenty in the tank for the 2nd half of the race vs all out on the first lap then fade. As it turns out right now I'm too far back and get caught up in traffic as the leaders motor away. I'll fine tune my start strategy before the Bubba Cross series starts in two weeks. 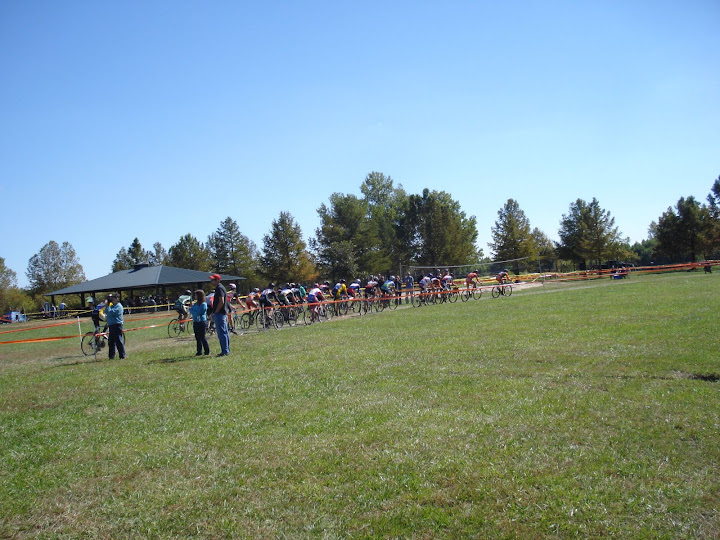 I worked my way up to a group that had Ethan in it. I thought I could take Ethan as I crossed the line in front of him yesterday and at Manions last week. After the beach I was on his wheel then passed. He soon passed me back before the sand, I bobbled, he got a gap then I began chasing him the rest of the day. 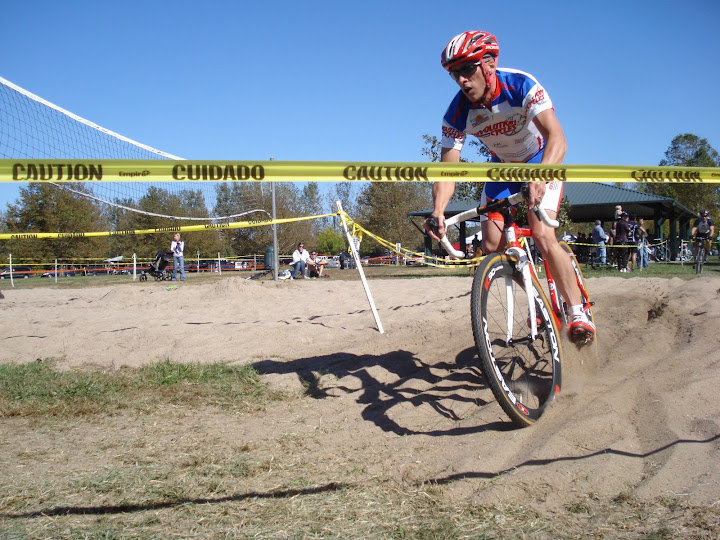 Travis from Ethos joined me a lap or two later and we did what we could to work together in an attempt to bring back Ethan. Ethan had good legs we never did close the gap on him. 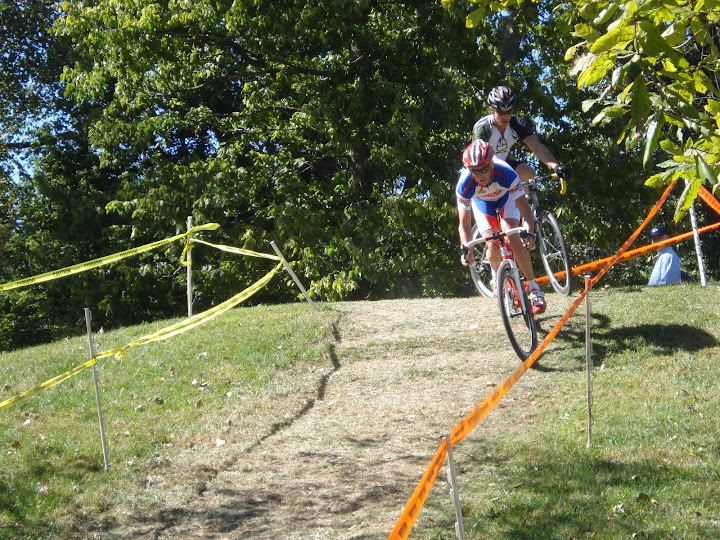 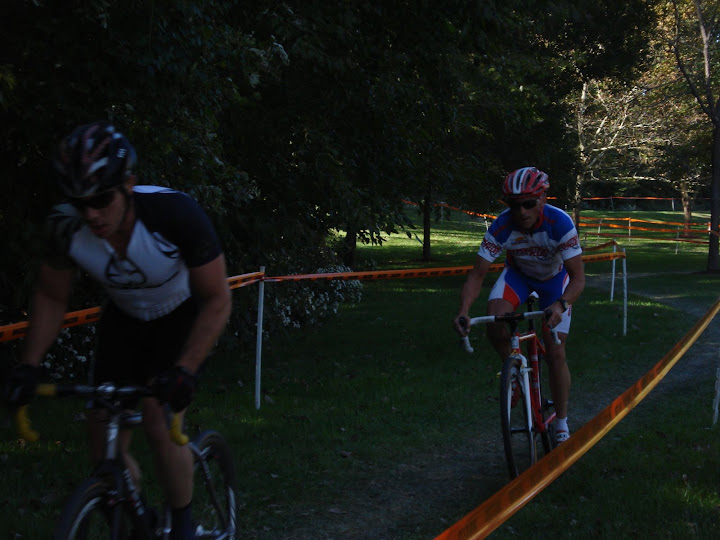 In the mean time #33 was chasing Travis and I slowing bridging the gap. With two to go he caught us then took over at the front. At the sand Travis bobbled, #33 and I cleared it, gapped Travis and it was just us now going into the last lap.

Half way into the last lap #34 was just seconds ahead of us loosing ground as we pushed our way around the final lap. Into the sand we go, #33 bobbles a bit, I pass him sprint hard trying to get a gap to last to the finish just a few turns away.

I was first to the barriers about 200 yards from the finish, did not get clipped in right away, #33 is on my tail, he clips in smooth then starts to sprint before I do to take 9th. #34 was almost caught in the fire works but held on for 8th, I took home 10th. 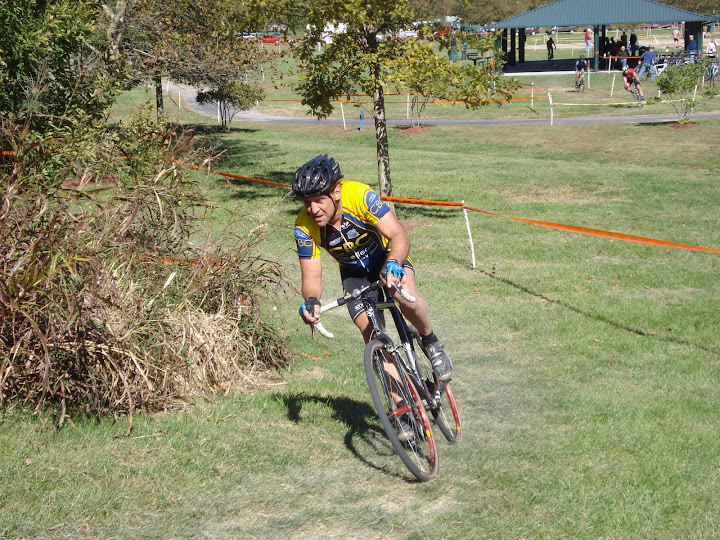 Next up, Cross Out Cancer in KC Sunday.
Posted by Jeff Yielding at 7:58 AM