The course was long and challenging. Mt Krumpit is what makes this race. The switch back climb on one side was a killer and the run up the slippery slope on the other was a leg killer too. The crowds were awesome for all the races. Tons of yelling fans on the hills with horns and bells cheering everyone on to go fast and work harder.

For my two races on Sat and Sun there is not much to tell. It started fast and stayed that way. There was no catching up to anyone. My legs for Saturday were OK and came around on Sunday. Funny thing is I placed better on Saturday but felt better on Sunday.

Walked away with a 20th and a 23rd spot. Results are posted here.

Watching Wells, Horner and the rest of the elite guys was fun. Wells took off like a jack rabbit never to be seen again by the rest of the field. I was not able to stick around for Sundays elite race but did read where Wells rode up the steep hill climb after jumping over two sets of logs that were lying at the base.

Josh Johnson through down an impressive move Saturday with one lap to go. He caught and passed a 3 man pack to take 9th overall for the day.

It was a fun weekend of racing and being able to see some old friends that I rode/ raced with back in Iowa.

I took some video of the elite race on Saturday, hope to get an edited version up this week. Thinking about Christmas music.

See you at next weeks bubba…. 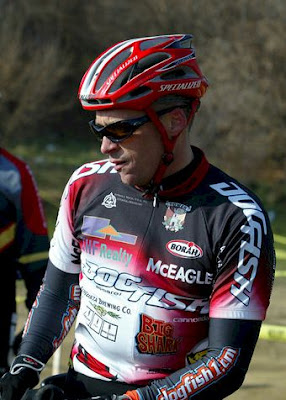 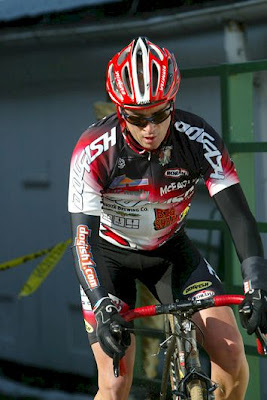 Posted by Jeff Yielding at 1:18 PM