Ralph and his crew put on a good show Sunday with the first Bike and Blues race as part of Ballwin Days.

The course was a cross course for sure but we played by MTB rules. So a Le Mans style start began what was a 40 min race in some serious heat.

The course was nice: pavement, sand, nice grass, stairs that were part of the park and the Green Monster. The crew did a nice job! 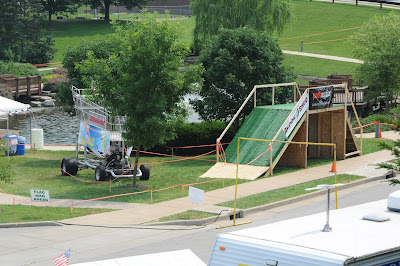 In the A race Chris Ploch, Jay Strothman, Scott Peipert, Zach Hafner were among some of the notable fast guys.

The Le Mans start went well, I was 3rd going into the grass just behind Jay with Chris taking the lead. 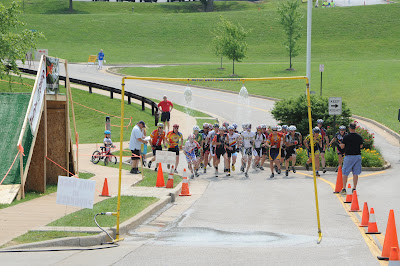 On the downhill toward the sand Jay was trying to scrub off some speed, his rear wheel went out from under him and down he went. Back up quick but not before I passed.

I passed Chris just before the Green Monster on the first lap. 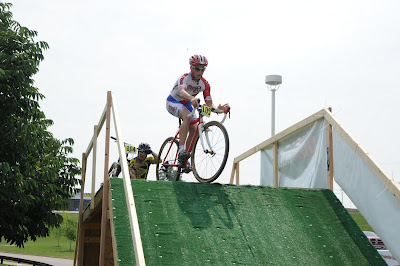 Zack, Scott and Jay not far behind. 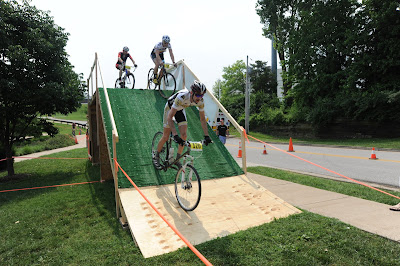 Things were going well over the next few laps as Chris and I slowly separated our selves from the rest. Lap three I think I got a nice gap on Chris through the Green Monster section/ uphill paved section. I made a bad decision to pick up the water bottle that fell out of my jersey, Chris caught back up and to the sand we went. I botched the sand section bad and he now had a gap.

I could not get it back, the gap he had stayed about the same for the rest of the race as Chris took home 1st, me 2nd with Jay filling the podium for 3rd.


Fun race, good effort but O' boy was it warm out there. 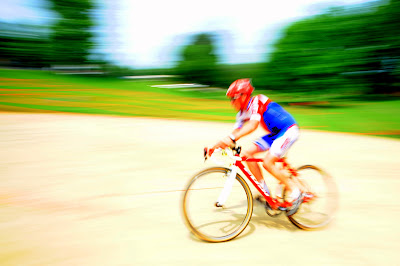