It's not over yet:Epic Holiday Cross

Headed West to KC for the Epic Holiday CX race put on by Mark and his crew in Parkville. Cool little town, I'd been there many years ago before I got into cycling.

I knew the Men's Open field would be small, sure enough only 10 lined up for this one. Most hang up the bike after Nationals, I'm sure next year will be different with Nationals in early Jan and Masters Worlds a few weeks later.

Shadd Smith and Andrew Coe were there, these two were certain to set the pace and realistically runaway from the rest of us early on. Sure enough that's what they did.

With a not so aggressive start I found myself about 8th wheel during the first lap or two. 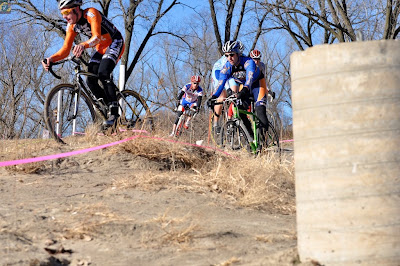 This guy, Shae Bergmann had gone clear of the group I was with dangling between us and Shadd/Andrew. 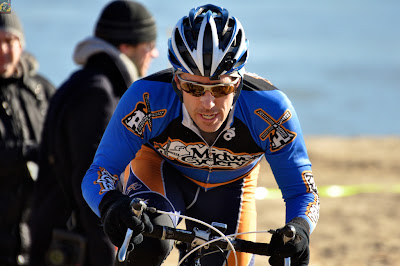 If I was going to catch Shea now was the time to do it, I moved to the front of my group and began to chase Shea down. 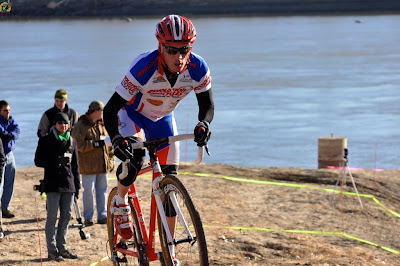 With each lap I would pull back a few seconds here and there and at the same time shake the riders behind me.
As we started lap 4 I caught Shea. I sat on his wheel for a few turns until he slid out just after the sand pit. I stood up and hammered it to open a gap which grew little by little until the end as I crossed the line in 3rd.
For me this race and the final cross race of the season on 1/9 in KC are more about finding out what changes I need to make in my training plan for next year. As mentioned Nationals and Masters Worlds are in Jan, keeping good form from September to Jan will require changes. But for now it sure felt good to be racing yesterday, man I love CX!
Posted by Jeff Yielding at 5:31 AM