Last night Dawndi and I headed to the Union Station Marriott in St Louis for the Annual Governor's Conference awards banquet.

Things got started with a nice reception followed by a very nice meal. There were people from all over the state of MO associated with tourism in one way or another including the Director of Tourism Katie Steele Danner . All very nice and dedicated to promoting the state. You could also tell this group of people have worked together for a long time, respect one another for their efforts and enjoy what they are doing. 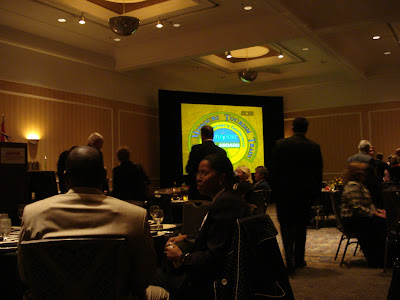 So we ate, had a good time then it was time for the awards. There were 8 given out that night and each one started with a video.

I had the honor or being the recipient of the Pathfinder Award.

Pathfinder Award: Recognizes marketers aiming for niche markets and hitting the target. These trailblazers are showing the rest of the industry where to find new markets and how to best reach them.
More about all the awards

There was a cool video highlighting the work I've done associated with cycling, the Tour of Hermann, Hermann Cycling and the cross races. Then I had to get up a say a few words. I have no idea what I said as it was a blur but I do know I said thank you and was honored to receive the award. 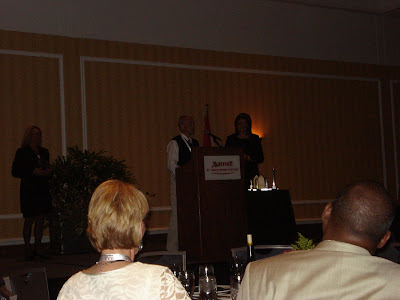 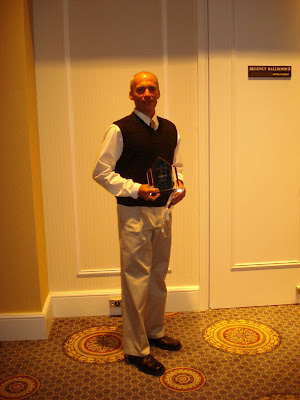 Don't remember the last time I had to put on a tie :)


This was a very cool night, one that I would never had expected to happen. It's great how Hermann has embraced the cycling movment and allowed it to grow.
Posted by Jeff Yielding at 8:10 AM