Seems that I'm quickly recovering from bronchitis that hit me two weeks back. Felt well enough to give the Washington Crit a go after dismissing this race week as a not going to happen due to the sickness.

I arrived in Washington early, it's only 30 min from the house, why not get there and watch some racing. Took a number of photos and a short video of the 4/5 race sprint for the finish, sprint was for 2nd place.

After a good one hour warm up I was ready for my 3/4 race along with about 45 others. Had zero expectations today, had no idea how my body would respond. Suprised a bit that everything went well, felt great all day and had a good race. Stayed with the pack moving up and back as needed. Near the end there was a bad crash, I actually went down, not very hard. Don't like to talk crashes much but I'll say that several went down, one made a trip to the local hospital but was talking when he left. Hope he and others involved are OK.

After a free lap I was back with the pack along with three others including Rich from the team until we came to the spot of the crash where we were neutralized for about 20 min as local emergency crew took care of the fella that went down hard. Once back going again we had 5 laps to go.
I was able to stay with the pack but not strong enough to get to the front and stay there, crossed the line in 25th place. I'm good with that spot. Next up State Road Race in two weeks. 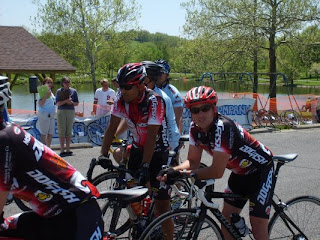 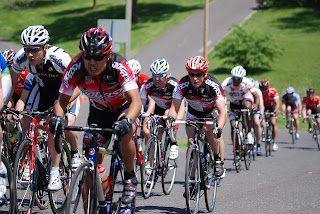 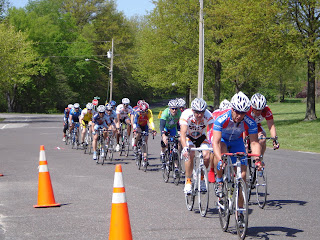 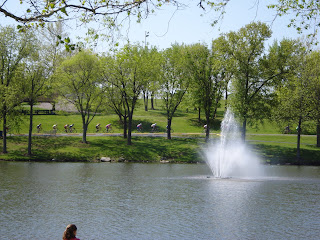 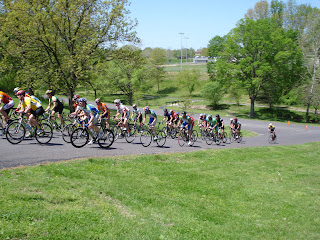 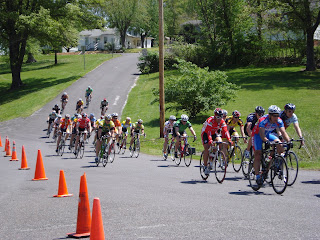 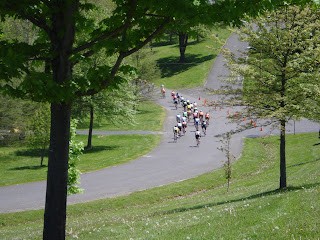 Posted by Jeff Yielding at 8:33 PM