Wow! 25+ racers showed up for this one yesterday, biggest field of the year.

Photos from Action Images. You can check out all the photos from Bubba 5 here.

Somehow I ended up starting in the back. O' well. 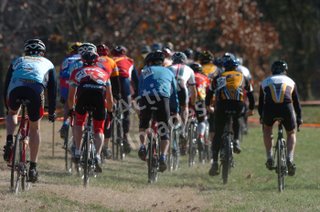 Mike and crew set up a sweet run up section that included three barriers. The key here was to take it nice and easy up the hill, no reason to blow up climbing this steep one. 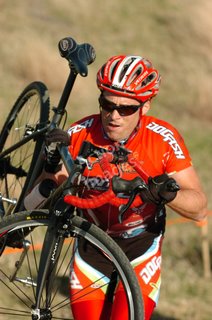 I got settled into a nice pace finding small groups to join. Some groups would quickly fall apart so I moved on to the next one and so on. About mid way through the race I found myself chasing a Craig from Vello Force up a ways in 9th place. Finally caught him and stayed on his wheel for a few laps. He then decided, I think, to chase down Patrick from Big Shark in front of us. I stayed with Craig for as long as I could, he ended up pulling away leaving me alone in 10th.

Jose and Brian from Big Shark were close behind quickly catching after I fell off. 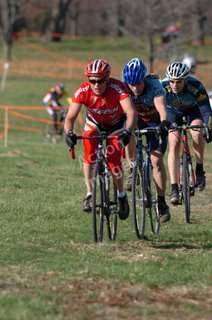 With two laps to go I tucked in behind. 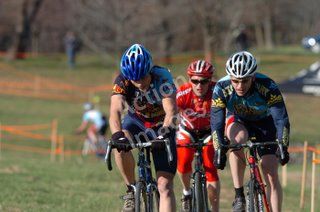 On the last straight away I went creating a small gap crossing resulting in 10th place. Good race guys!

Full results here
Posted by Jeff Yielding at 6:01 AM