Mt Pleasant is a unique race with a great setting at the winery set on the side of a hill. One of, if not the hardest race of the season. Last year was the first year at this venue and it kicked my but, I think I ended up 13th and hurting bad. This year I knew what to expect and planned accordingly.

Couple of thing that made this event "special" and "meaningful". Wanted redemption from lasts weeks results, had some friends from Hermann and some from Washington showing up to watch looking for the last few upgrade points needed and in a tight race for 3rd in the Bubba Cup Series.

Got a good start taking the hole shot which was my goal, I did not want to get mixed up in any of the shenanigans as we went up, down and around the off camber course ont he first lap.

As it turned out I created my own shenanigans getting caught up in the tape as I bobbled a corner in the first lap. From what I was told I took about ten feet of it with me for a bit until a spectator pulled off the tail, the rest wrapped around the crank arm and pedal. It was a non issue thanks to the person who jumped out and grabbed the big piece for me! You can see it in the photo. 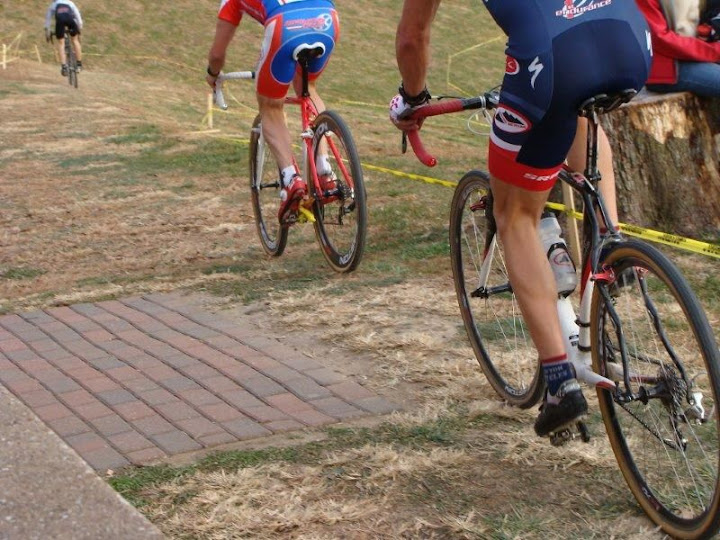 Scott Ogilivie, who is placed 3rd in the Bubba Cup, and Sam Moore came around me but we soon grouped back up to form the 1st lead group. 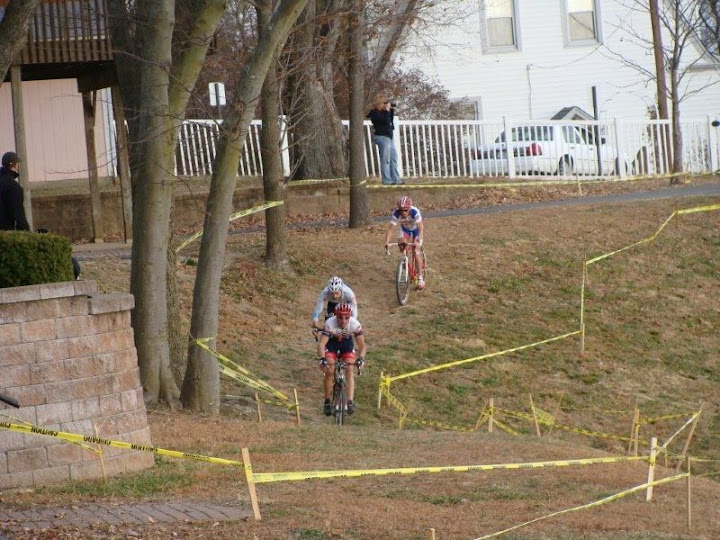 Sam fell off and Dan Miller bridged up. 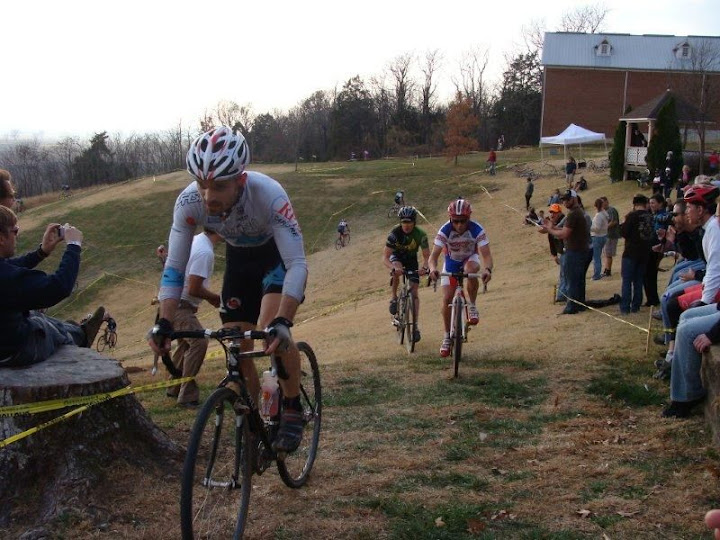 Then Devin joined us. 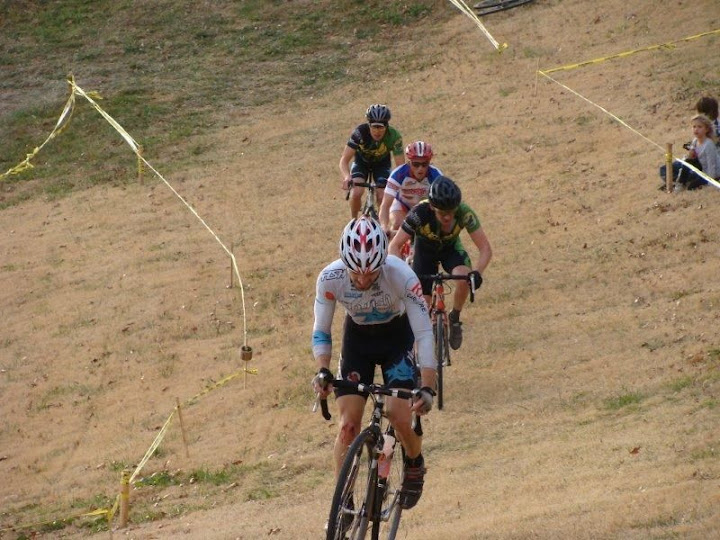 Dan and Devin took over and set the pace dropping Scott and we formed a 3 man lead group. 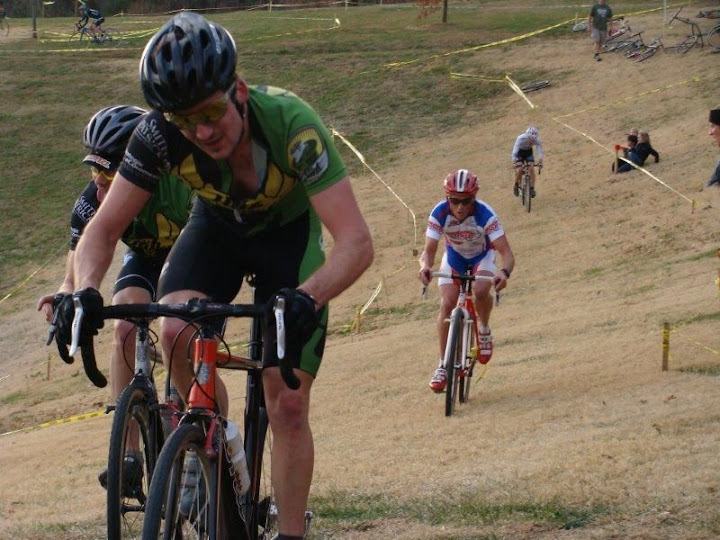 I hung with them for a lap or two then lost contact. 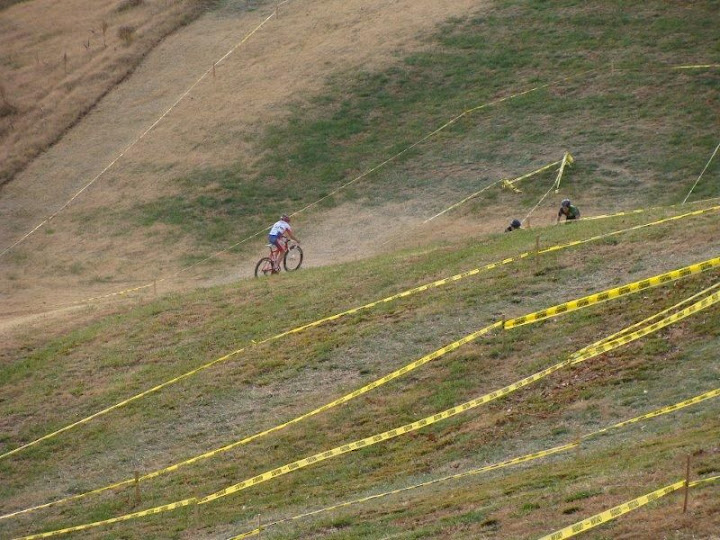 Devin and Dan still together up the biggest climb of the day. 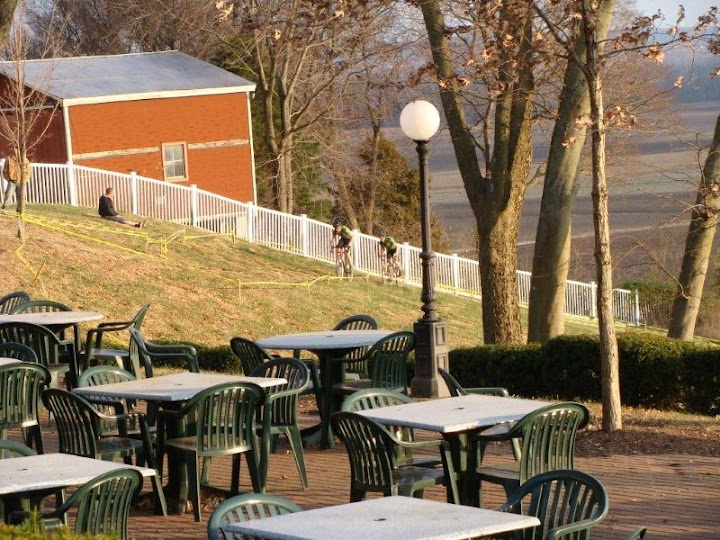 I was stuck between those two and Scott who was not that far back and holding. 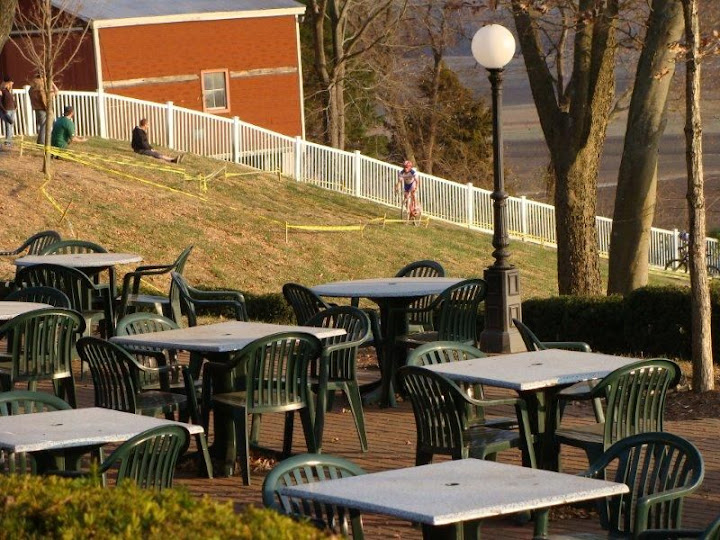 Then Schottler bridged from who knows where, passed and continued his mission to chase down the leaders. 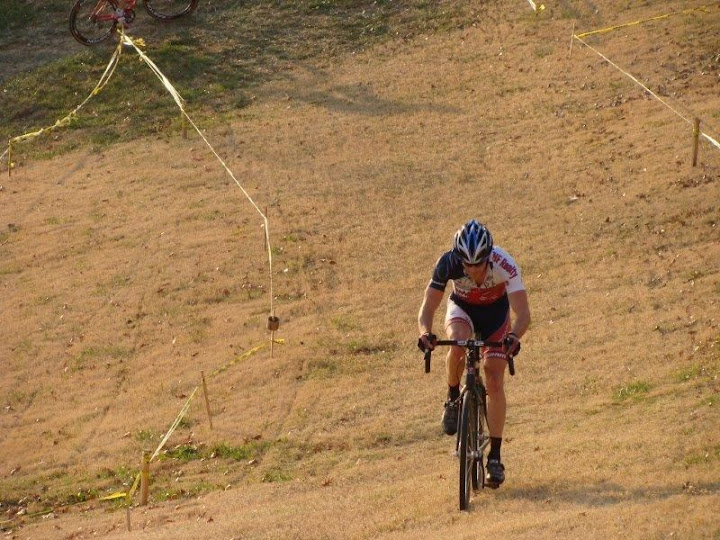 Dan started to pull away from Devin placing him alone in 1st, Devin 2nd, Schottler 3rd, me 4th and Scott 5th. 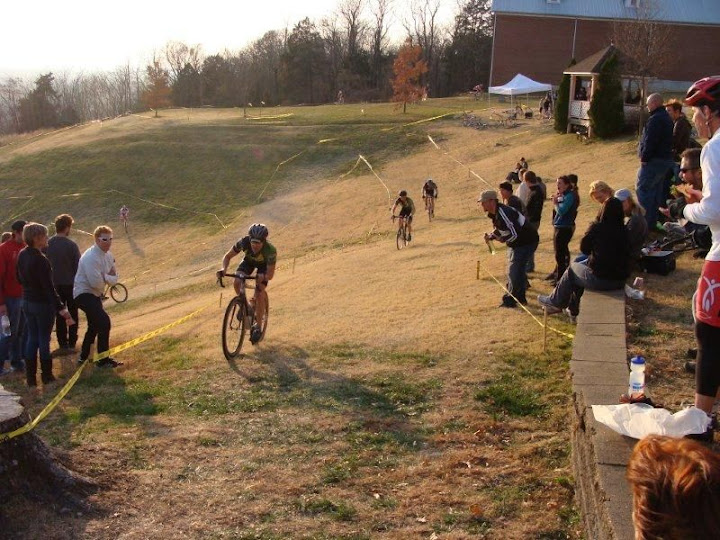 For the last few laps my focus was on Scott, I needed the points If I have any shot at 3rd overall in the series. He was gaining a few seconds on each of the remaining laps. 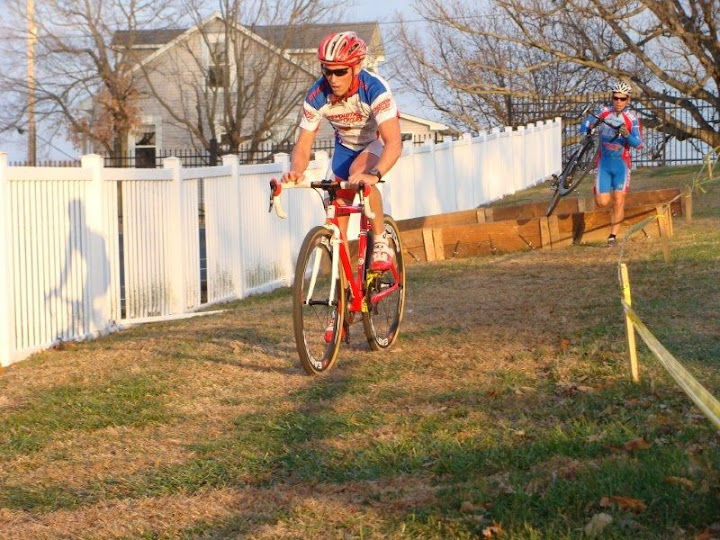 I just about screwed it up on the last lap coming up the stairs, did not get the bike lifted high enough and the pedal caught one of the steps which brought me to a screeching halt. The bike was OK, hoped back on but Scott was very close now. He was right on my tail as we entered through the bar then I gave it all I had to the line to hold on to 4th. That was close! 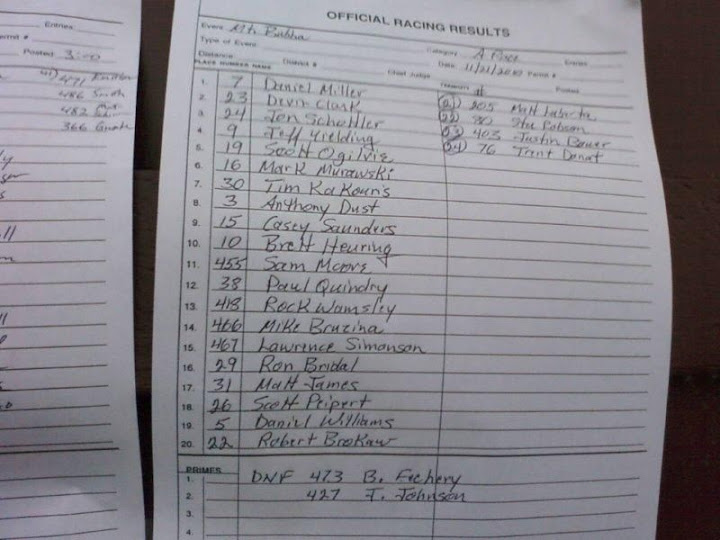 All the photos by Dawndi Cam are located here


Bubba Cup Standing now with one race to go.
This is one tight race; Dan has taken over 1st over Josh now in 2nd, those two have 1st and 2nd locked up. The battle is for 3rd; Scott is holding on to a 4 point advantage over me, Schottler is closing in just 11 points back and Devin could mix things up too only 17 points back. Sunday at Spanish Lake will be one fun race and a great way to end the Bubba Series.

In other news this Am I applied again for a Cat 1 upgrade and received this email: