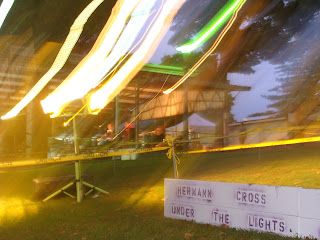 What an awesome night that was! Mark at Ultramax and the many folks that helped me put this race on made it what it was.

Lots went on before the race starting about 3am for me Saturday morning. I did not get started setting up that early, just could not sleep I was so excited to get a start on the day. The guys at Hermann Lumber, Danny and Dennis, were the work horses that helped me set up the course. It's good to have friends in the lumber business when promoting these races. The equipment they have make things go much faster and these two guys love to see bike racing in Hermann. The City of Hermann Streets/ Parks department can not go without mention too, they provided all the cones and street closure equipment, plus have been supporters of the race. 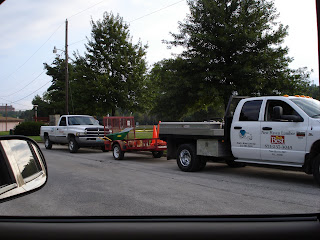 Course build did not take all that long, it was the light set up that took most of the time. With 20 construction lights and what seemed like miles of extension cords it was an effort to get them all hooked up. Thankfully we did a light test several weeks before hand so we knew at least where to place them. 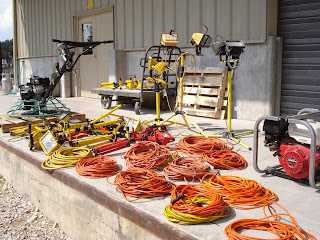 Once it was all set up it was time to relax a bit, eat and wait for it to start. 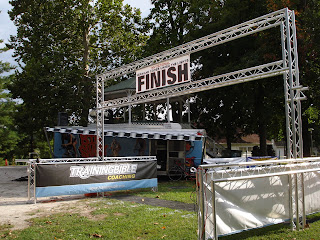 I raced the 3/4 race with about 50 other guys. Race started off quick into the first turn as the this section was tight and technical, being near the front into that section was key. 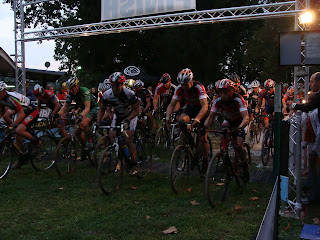 I think one of the best spots in the race was the stair climb. There seemed to be 100's of people screaming and ringing cowbells, it was truly awesome! 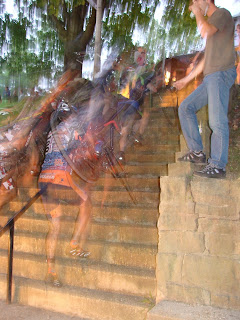 After two laps the field was spread out big time, I think I was in 5th or 6th. Somewhere in there I moved up one spot to 5th and worked my way behind the 4th place guy. With two to-go I moved ahead of him during the long muddy section. I think he had had enough which allowed me to get a gap. 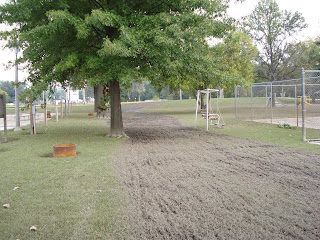 The bike wash was a must after this section! 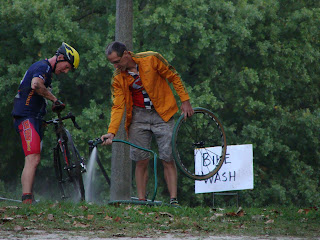 I turned my attention to the guy in front of me but he had to large a gap so I decided to hold it where I was coming home in 4th. Top three did get a nice wine bottle and medal, that would have looked good in my office. Results 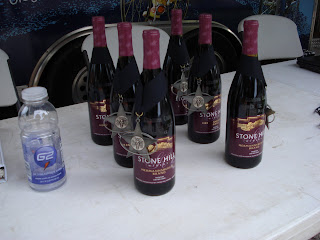 All in all a great race, excellent event and great participation from racers, to volunteers and spectators. Could not be happier with the first CX race of the season.

Fast forward to the next day... clean up and repair; 40 pounds of grass seed and 7 straw bails were used. Overall the park took the race well, not many areas were worn that bad. The upper park wore out the most and of course the mud section was the worst. Should not take long to get back to normal and I think the park will be happy with the repair work. 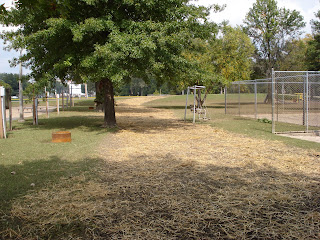 At registration I asked racers to donate dollars to the park. Close to $200 was raised! This money will be presented to the park board at their meeting next month on behalf of the CX racers who attend this race. I think this donation will earn the respect of the park board and show them as a race community we care about the parks we race in, it's not just a tear up and leave situation. Thanks to all that gave!

That's a wrap - look for this race again next year!
Posted by Jeff Yielding at 7:54 AM