Sunday rides are becoming a regular thing around here. Today we lured another cyclist from STL, Marijn, into Hermann for some great riding. Marijn also rides for Dogfish.

The day got started early enough with temps in the mid 30's. Headed out a bit early so I could get a cup of coffee at Time 4 Pie before we set out. 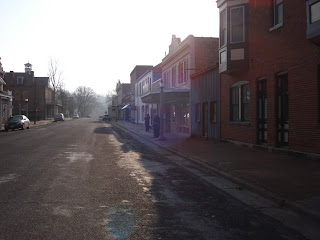 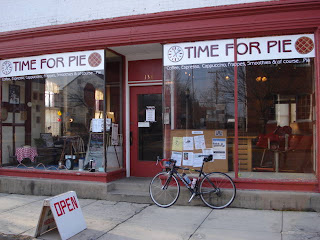 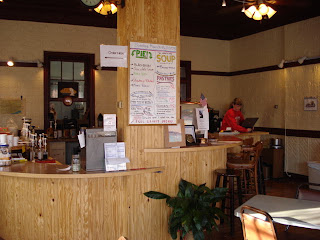 At nine Jose, Marijn and I were ready to roll. 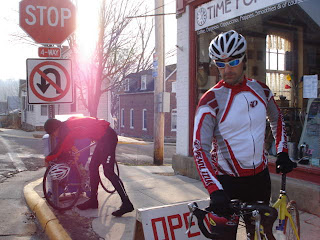 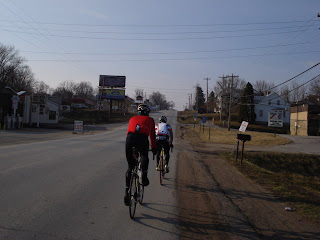 Like I've said before, there is no way but up out of Hermann unless you go across the river. Today we stayed South of the river to take advantage of the hills. Here we are less than 2 miles in. 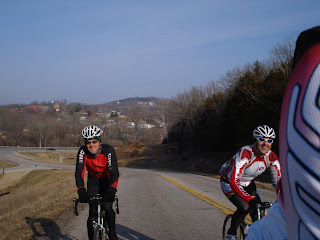 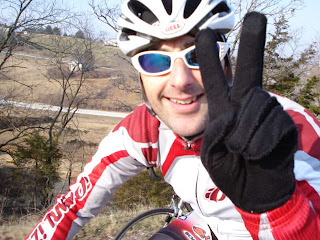 Views in the background will only get better as spring begins to show. 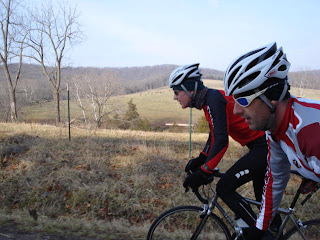 Marijn up one of the many climbs. This is actually one of the KOM climb lines for the Tour of Hermann. 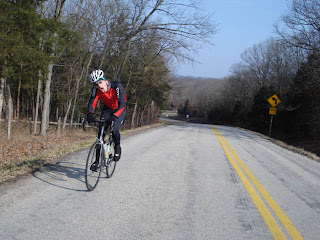 All smiles at the top 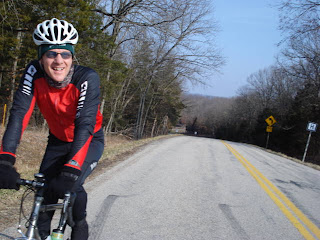 Jose has a tendency to over dress when it's hot and under dress when it's cold. Today was no exception. 35 degrees outside and Jose leaves the house without his booties. About 25 miles in he toes were ice. Marijn had a good idea to wrap his foot with a plastic bag as we took a rest stop at a local quick store. 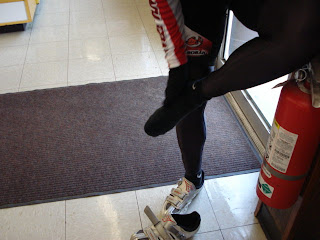 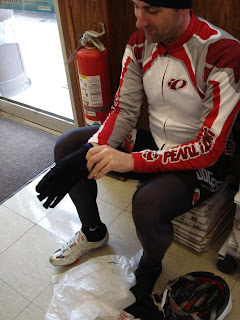 All wrapped up, warm and ready to go. 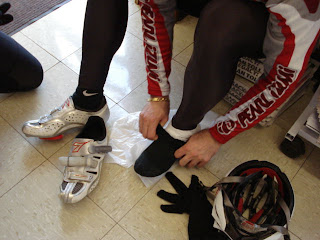 We did spend some times on the river bottom flats, nice tail wind pushed us quickly to Berger. 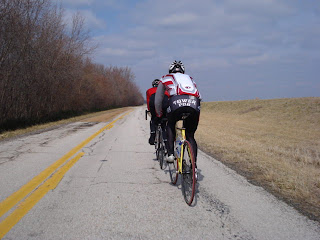 We ended up doing a 45 mile loop getting back to town in 2.5 hours. Jose was fighting a bug and Marjin had had enough of the hills so they called it a day.
My plan was longer so I headed back out for another 2.75 hours to get in a total of 83 miles and 6000 feet of climbing. I was feeling the fatigue of this final day in my last three week base block. Did not have as much power as I've had the last two Sunday rides. Had the legs to stay out and go long but not very fast. Now I take a much needed rest week.
Back home ready to eat. 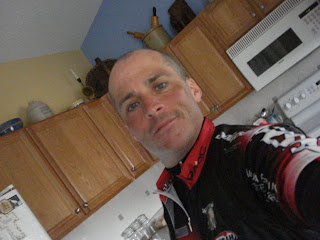 There is tuna, cheese and noodles under those crackers. 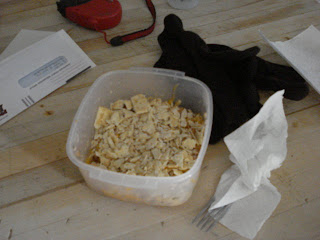 Today was the first time Marijn has had the opportunity to ride the Hermann area. Here is a great comment he posted on the STL Biking forum.
"Wow - what a great place to ride!.......For anyone who's never ridden out there: definitely a must-do! Great roads, good hills, few cars, pretty scenery, and good food. Funny thing, too, when riding with these guys: everyone you run into greets them by their first name. That sure beats riding in west-county, where everybody thinks my name is "a88h0le"... "
Thanks for making the trip, good riding today. Next weekend I'm taking it easy then it's Hillsboro, followed by Dogwood. Next group ride will be April 13th.
Posted by Jeff Yielding at 5:17 PM