Back On Track - Thank goodness :)

Today turned out to be a good day. Lots better then last weekends major foul up. Strategy was to forgo the hole-shot approach of going like crazy from the gun for a more conservative one. Stay mid pack then work my way up keeping my aerobic/ anaerobic effort in check so I could last the entire race and have a lot more fun in the mean time.

So with the help of Dawndi Cam I will attempt to recreate the race.

17 B racers came to the line. Weather was cold but not too cold. No muddy conditions, just damp which actually made things softer and eliminated the dust. 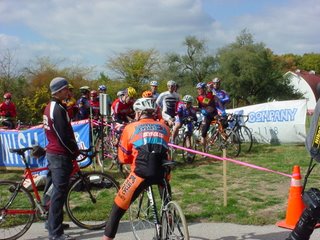 Right from the start I was in about 13th place. 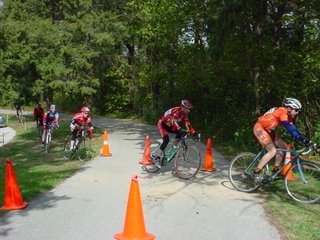 Quickly groups formed and I found my self in a group of six. This would be the group I battled with for most of the day. 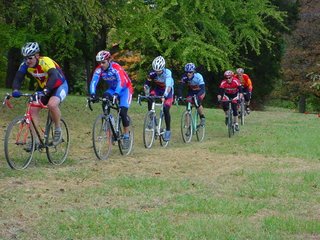 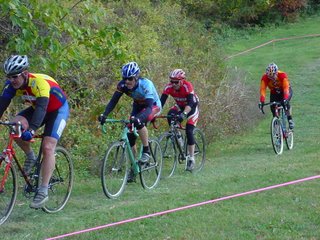 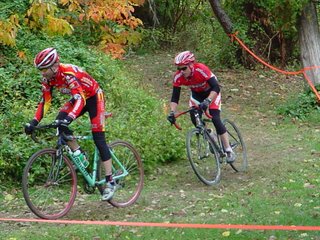 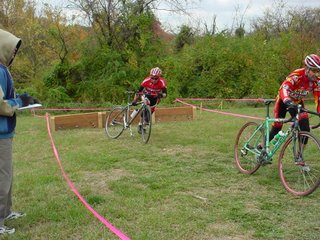 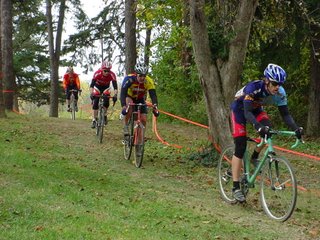 Our group of six began to dwindle as riders dropped. Six became 3 and we battled on. 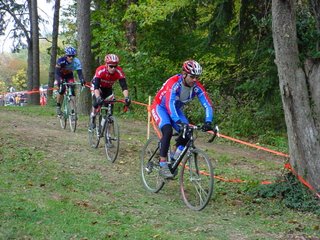 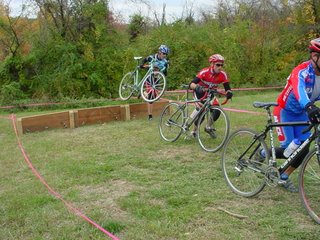 Then on a few laps later it was down to 2. 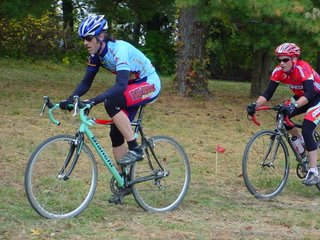 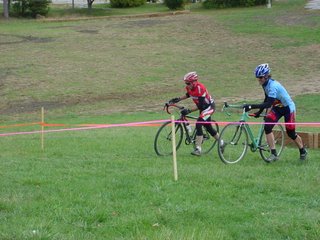 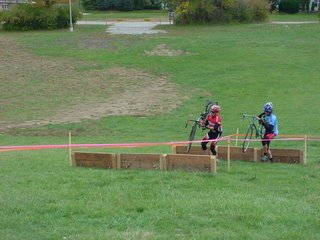 The guy above and I would stay together for several laps till he unfortunately his chain fell and I was on my own with three laps to go. 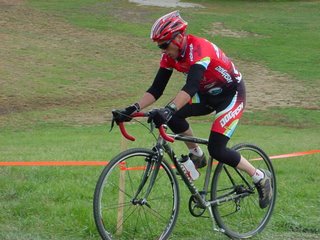 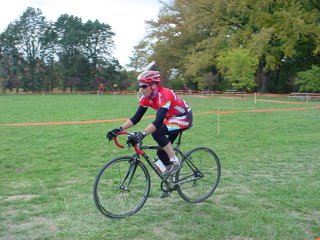 Near the beginning of the 2nd to last lap I was beginning to gain ground on another racer. By the end of the lap I was on his wheel. We stayed that way till the end. When it came to the last section of the course, I tried to go inside on a tight section, we got caught up a bit making for an unsuccessful pass. We didn't loose any ground other then he on me as he crossed in 6th and I in 7th. Missed a Bubba Race series point by one placing.

Really was a great race with allot to think about. 55 min of racing at an average of 178 HR went by very fast. I love it when you're in a race and all you're thinking about is the race not your vital signs.

Off to get some rest and enjoy what I hope will be another win for the Cards!