As always things start with registration and all that jazz .... 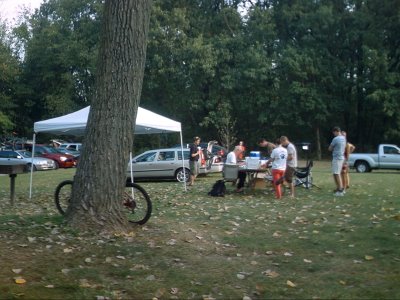 At registration I saw this poster, very cool... 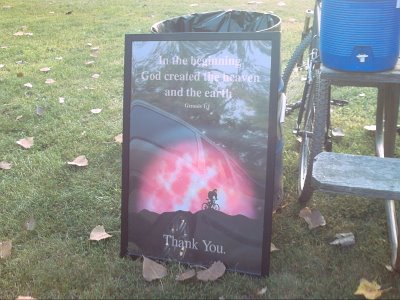 While on my pre-lap I had the pleasure of coming across three very tame deers. As I approached they just froze and we enjoyed staring at each other. 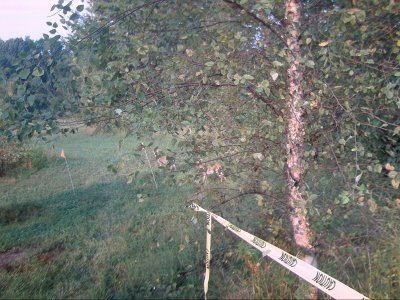 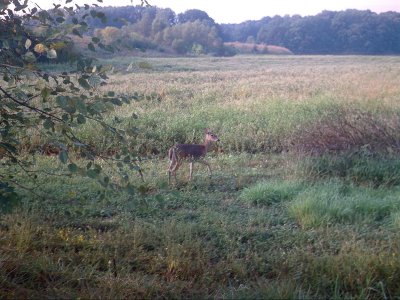 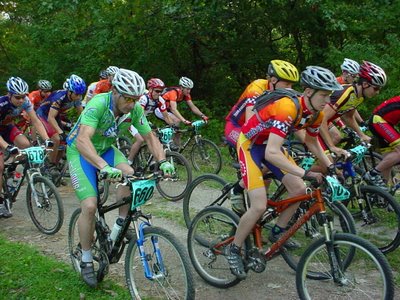 I took off hard. At the hole shoot I was in 4th place. The leaders were setting a high pace, my goal was to keep up for as long as I could. Near the mid section of lap 1 I lost one spot pushing me back to 5th. I tried to lock on the wheel of this guys but the pace was too much and I had to let him go. I ended lap 1 5th place.

Lap 2
Lap 1 was a killer pace so I was looking for some recover time. As lap 2 started three racers come trucking along passing me so I hooked on the back of this train for a ride falling back to 9th place. About half way into the lap one guy took off leaving just the three of us. Not much longer after that one guys had had enough and dropped off just leaving two of us. Near the end of the lap I got a glimpse of the rider who had taken off and counted that he had a 12 second lead on us. Ended lap 2 in 8th place. 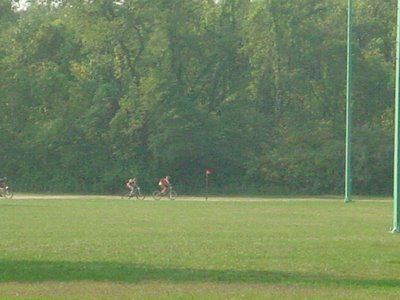 Lap 3
I was able to get away from the guy I was with (not by much) putting me now in 7th working to just keep a good pace and keep those be hind me, behind me. As I come around a corner and up a hill one of the guys who must have been in the lead group had enough or had a mechanical issue, he was walking up the hill. This now pushed me up into 6th place. About this same time I find my self gaining on the guy who took off on lap 2. I'm still holding 6th place with one guy in front of me and another close behind. In the mean time a Big Shark racers comes flying through, no hope of keeping up with his pace pushing me back to 7th to end lap 3. 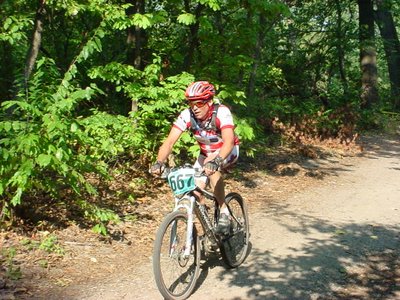 Lap 4 (Final Lap)
To start the lap I am now back with the two other riders I spoke of in lap 3 pushing through the single track together. We come up to the first down hill gravel road section and I push the pace hard. I was able to create a small gap before heading back into the single track pushing me back into 6th place. I gave it all I had for the rest of this lap growing my lead on the two behind me to a point where I could no longer see them. Nothing like having someone behind you to help push your pace.

As I end the last section of single track and head up the gravel hill to the finish line I see one more racer in the Sport class ahead of me. 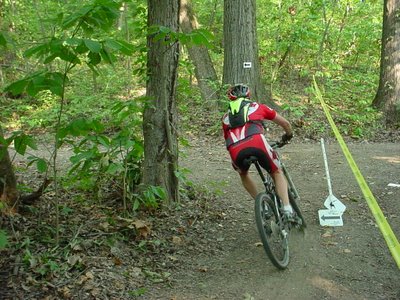 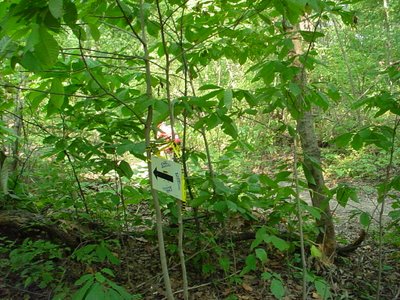 I locked out the fork and pushed up the hill as hard as I could passing him to cross the line in 5th.

What a race! Just goes to show that you should never give up, it's never over till it's over. When I dropped to 9th I felt defeated a bit but just kept going. During laps 2 and 3 I was able to recover enough to push hard on the final lap which helped me improve one additional placing just before the end.

Next up on September 30th is another MTB race a bit closer to home. Over the next two weekends I plan to spend getting to know the trail. I'll post ride reports and photos. And finally I may have found a local team to join, need to do some check, more on this topic later.

So there you have, once again I was a victim of fun!

EDIT: Must have had a couple of guys pass me that I did not see, ended up in 7th, full results here
Posted by Jeff Yielding at 5:16 PM